With so many of my friends & family living in Hartford, I think a reminder about just how bad things have been going on is in order…

The post below was posted back in December of 2016, now it’s more than 2 years later, have you forgotten what #BrokeBronin did back then?

It was so upsetting to me back in 2016 I posted about it twice!

Maybe it’s time for new fresh ideas and methods to be considered… what are your thoughts?

Well when you think of it as a standard Employer and Employee terms;

Now the problem is that too many people do not look at our elected officials as exactly what they are Our Employees… we “hire” them when we elect them into office to be good stewards over our tax dollars and city assets… if you as a business owner would not allow for your employees to steal from the warehouse and sell to third parties without your permission why would you be ok with it just because the employee has the title of “mayor”?

You do realize that elected officials are our employees because we pay their salaries with our taxes? Would you keep an employee that keeps stealing from your business? So why would you rehire an elected official that is doing the same?

As the candidates start making the rounds ask them lots of questions, are they giving you real answers or are they unavailable

Why is #LyingLuke as Mayor of Hartford Allowed to STEAL from the Hartford Taxpayers & from the rest of us in the surrounding suburban towns?

Why is #BrokeBronin pushing for “Regionalism” to pay for all of the corruption that has been going on in the city of Hartford for decades & generations? 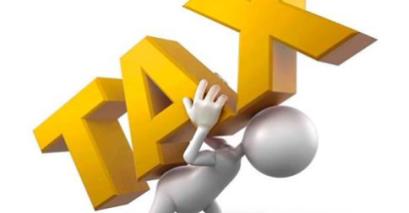 Why is he thinking that STEALING from the city & us taxpaying homeowners in the surrounding towns who he plans to stick with the bills for is ok to do?

Just like a cheating husband trying to hide assets prior to a divorce; #BrokeBronin was trying to get this back room deal done for $500.00 with his friend in NY. Yet #LyingLuke with his friends at the MDC are trying to force the suburban towns to pay for the water bill for Hartford; this while Jellison & crew gets outrageous salaries to steal from us homeowners in the surrounding towns??

The local Hartford online news site We The People Hartford  alerted the people of the theft which the major media news picked up. When things became more widely public & reported in the major news outlets in CT the attempted theft was temporarily halted…

Have you gone out to vote yet?

The polls opened at 6am so they’ve been opened for a while you still have some time but PLEASE make a serious effort to get out & VOTE!

What are you waiting for?

Do you need a Ride or are you waiting for a Personal Invitation? You can call the main office of the state party chair to find out what the number of the local chair is to get connected to the people who are offering to carpool with other voters in the area.

If you have already voted GREAT now call a friend & those members in your household that are registered to vote to remind them to go out & VOTE too!

Have you gone out to vote yet?

The polls opened at 6am so they’ve been opened for a while you still have some time but PLEASE make a serious effort to get out & VOTE!

If you have already voted GREAT now call a friend & those members in your household that are registered to vote to remind them to go out & VOTE too!

Do you have questions about what Nullification is or a Constitutional Convention which is also called a Con-Con or an Article 5 Convention?

Nullification_vs_Constitutional_Convention from The John Birch Society on Vimeo.

What’s the best way to rein in our out-of-control federal government?

Watch this 4-minute video for a comparison of two solutions: (1) nullification; and (2) a constitutional convention.

For more information read “Nullification vs. Constitutional Convention: How to Save Our Republic” at: thenewamerican.com/usnews/constitution/item/17892-nullification-vs-constitutional-convention-how-to-save-our-republic

To learn more and then take action, go to:
jbs.org/issues-pages/no-con-con

Below is a proper poll which lists all of the currently known candidates on the CT GOP possible Convention ticket in May some are still in the Exploratory phase & others are Declared but did not attend the debate because they had not met the fundraising requirement that the chairman had set of $75,000.00 so they had their own events either prior or during via fabcebook live.

Be sure to share the poll on your social media networks

For the first time they had on Facebook Live streaming on both the Fox61 & CT GOP pages the video streaming of some of their candidates debating.

Only a few of the candidates were up on stage because they met the fundraising qualifications set by the party chairman. My understanding is that $75,000.00 minimum had to have been raised to be invited to the debate. There is a combination of both Declared as well as those who only have Exploratory Committees.

Declared Governor Candidate Joe Visconti who did not meet the fundraising qualifications was doing a competing Live Stream on his facebook page so that his critique of the candidates, their answers and some rebuttal to the debate questions – this is similar to what Jill Stein did back in 2016 when she was excluded from the debates.

Below is the video of the debate so that you can watch.

The CT GOP Chairman had a private poll after the debate which the results are being touted on the CT GOP facebook page but sadly the wider republican voting body was not privy to that poll which is quite disappointing. I hope that a better for CT GOP members poll will be emailed out for a true measure of who are the debate winners.