What family traditions do you celebrate the Thanksgiving holiday with? Below is a clip of some of ours.

So what are you going to do about it, keep on allowing these wasteful corrupt cities in CT to steal more & more from your family or is it time for a #FreshNewStart ?

Have you been following what is happening over in Hartford’s city hall?
Well if you’re a taxpaying property owner;
you need to wake up &
start asking some questions
of your mayor & town council
(especially if they are democrats)
because many have already gone on record volunteering YOU & Your Family
to pay higher taxes
so that you can pay for
HARTFORD’s money mismanagement, & decades of corruption…
YES That’s Right …
You Don’t get to VOTE in Hartford
but YOUR TAXES will be going up
so that YOU can Pay
“Your Fair Share”
of Hartford’s Mismanaged “Bills”!
You won’t have a voice in how that money is misspent (that’s what they do there)
BUT each year
Your Family will have Less & Less
while #BrokeBronin & his cohorts
get to Spend More & More
If you Do Not Speak Up Now
Then YOU subject your family forever
to the whims of the corruption going on down in Hartford’s city halls…
More backroom failed stadium deals
More tax increases to pay higher salaries
More tax increases to pay for more scandals
The choice is yours
Speak Up NOW…
or
Forever be subjected
to the continued mismanagement &
added tax increases circle
Can YOUR Family Afford to Pay More Taxes for Hartford’s Money Mismanagement?
7pm West Hartford Town Hall
All Rights Reserved 2014 – 16 Tillett for CT campaign Treasurer C. Wrotnowski B.Tillett Co-Treasurers Approved by Mrs Theresa Tillett

Should we Change the Constitution?

or Should we start to OBEY the Constitution?

When was the Last Time that you read the Constitution & considered what it says & how it applies to your life?

There seems to be more people talking about changing the constitution my question to you is “WHY? “

If they (the elected officials) are not following the current constitution as it is currently written; what makes you think that they will write changes that will protect us or benefit us and follow that any better than they are now??”

REMINDER – Get Out The Vote!! 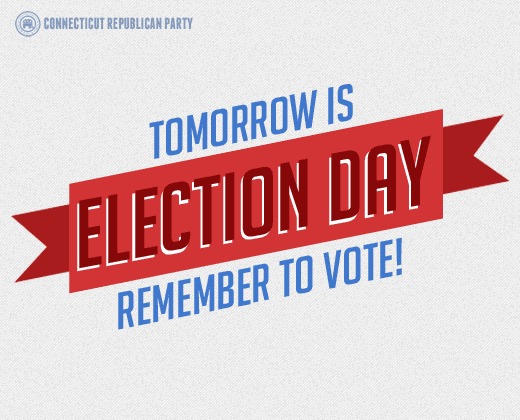 #VoteRowB for #Liberty & to end the #TaxingTyranny
Filed under: Uncategorized

This warning has been given out back in November by me but this warning post from Kevin Brookman is worthy of a share because he actually has the press release in the article that he posted; in addition to his always worthy of a read even if you do not agree with him commentary.

There were 2 Reader comments plus his own reply that should get people asking some questions about our water bills….

Who are the people that are connected to the reasons why our water bills are going up higher than ever while their corporate buddies are getting a sweetheart deal at our expense….

Head on over to We the People Hartford by clicking the “Go to Source” link below & join in on the conversations…. –

MDC WARNS OF SUSPECTED IMPOSTERS
November 30, 2016
For Immediate Release
HARTFORD — The Metropolitan District Commission (MDC) is advising customers to be cautious of an individual posing as a water company employee in an attempt to enter residential homes.
On Tuesday, November 29, a male suspect claiming to be from the water company attempted to gain access to several Hartford apartments in the vicinity of James Street, telling the residents there was a problem with their water bill. No further details are available at this time.
The MDC urges all residents, especially those who are home during the day, to be alert for imposters by following these tips:
Maybe the next step should be to distribute a flyer of MDC Chairman Bill diBella and the MDC Commissioners to our suburban neighbors. The MDC’s plan to shove Hartford’s debt off onto member towns will cost residents more than any imposters ever could.

Wanted to share some good news coming out of Hartford via the We the People Hartford news site – the Hartford Fire Departments will be making our Christmas a little brighter this season with a (0;} Christmas Light Tour {;0)

If you’re not yet familiar with this news site you should go on over & catch up on the news that the local media does not cover… many times they (WTPH) are the source for the Breaking News that the major media get their story ideas from yet rarely give this valuable news site credit for.

This video is only addressing one of the many commissions which are currently not properly “staffed” so that they can meet & do their jobs… the big question is why is this being allowed to happen?

There is a serious problem going on down at Hartford’s Town Hall.
There are many commissions that do not have the full number of people that are mandated to have citizens of Hartford sitting on them.
When the new mayor took over he forced out prior to having replacements many of the republican commissioners. The question is WHY did he do that?
#BrokeBronin basically got rid of anyone who might oppose the plans that he & his wife have for Hartford taxpayers.
Meanwhile the citizens of Hartford are in fact suffering while the commissions like the Civilian Police Review Board do not meet in a Proper & Timely Manner
Below is a report by Rachel Baird of a recent trip to Hartford only to discover that the Commission Meeting had been cancelled because ONE person on the board was sick & unable to attend.
There are supposed to be 9 people on the board with a minimum of FIVE (5) people in attendance but ONLY 5 people are currently sitting on the board!
There are FOUR (4) Missing Commissioners because #BrokeBronin is refusing to allow the correct number of people to be appointed on to it!

Where are the former commission members from all of the commissions that were removed & until their replacements are properly installed?

They need to be back in place; this is why there is so much corruption going on in city hall, there is intentional dysfunction of the process.